Now, feel free to kick me hard in the shins if I offend anyone with this one, I will try my best to write it in a way that isn’t deserving of a shin kick but it’s something that has troubled me for such a long time.

My child is a really awkward sort of disabled.

What do I mean by that? Well, she’s in this bizarre sphere of disability where her brain is much less developed/damaged than her body and that means doesn’t quite fit anywhere. No one ever actually knows what I mean when I say she has a metabolic disorder.

She’s too “severely mentally impaired” to be alongside those with learning difficulties who can care for themselves in a basic way or communicate. She’s not autistic, she doesn’t have sensory issues and she eats like a starved dog. Her learning difficulties are profound and severe whatever that means. She can’t say a word and cant sign. She’s almost six and I’m still made up that once she put a ball in a hole and responds to her name. That’s the level we are at.

She also doesn’t fit with those who have severe physical needs, she has a wheelchair but can walk (with purpose straight into the path of a moving car she would love to lick) because of this I’ve been told that I’ve stolen her wheelchair from a more deserving child 🙄she’s still small enough that I can lift her, one day she may need a hoist as she doesn’t understand and wouldn’t be able to get herself up onto a changing bed and lie herself down when prompted to do so.

So what does this awkward sort of disabled mean?

Well, events like the autism or SEN friendly events aren’t suitable. She doesn’t care if somewhere is loud or busy. She’d trash the place and attack the other children whatever the weather. She also has zero interest in any activities. My default reaction now when it’s suggested to me to send Tilly to a SEN dance class is to smile and nod and then scream silently in my head. She’d have zero interest and would much rather lick her arms or work out the nearest escape route. Unless they’re up for setting up a screening of mr Tumble with every other child wearing protective gear… it’s not for her. She’d much rather bolt for the nearest danger and cackle with joy as you rescue her from certain death.

She doesn’t qualify for respite care (eyes on you Hampshire county council, thanks for nothing) despite being incredibly volatile, incredibly violent, taking 12 doses of various medication a day and being unable to care for herself in any way whatsoever. If Tilly’s hair fell in front of her eyes. She would not think to brush it away. If her trousers fell down she wouldn’t think to pull them up, that’s if she noticed them round her ankles at all. She’s physically able but can’t actually do any of the things that physical ability could afford her.

Don’t get me wrong, Tilly is by far the best girl in the world and I’m her biggest fan, she is very happy and content with her lot when she’s not having screaming meltdowns over nothing 400 times a day (treatment has been a blast) but we are stuck in this shitty awkward type of disabled where nothing is quite right. Everything is difficult and there’s a lot of screaming. She’s too disabled or not disabled enough. And that my friends, is shite. 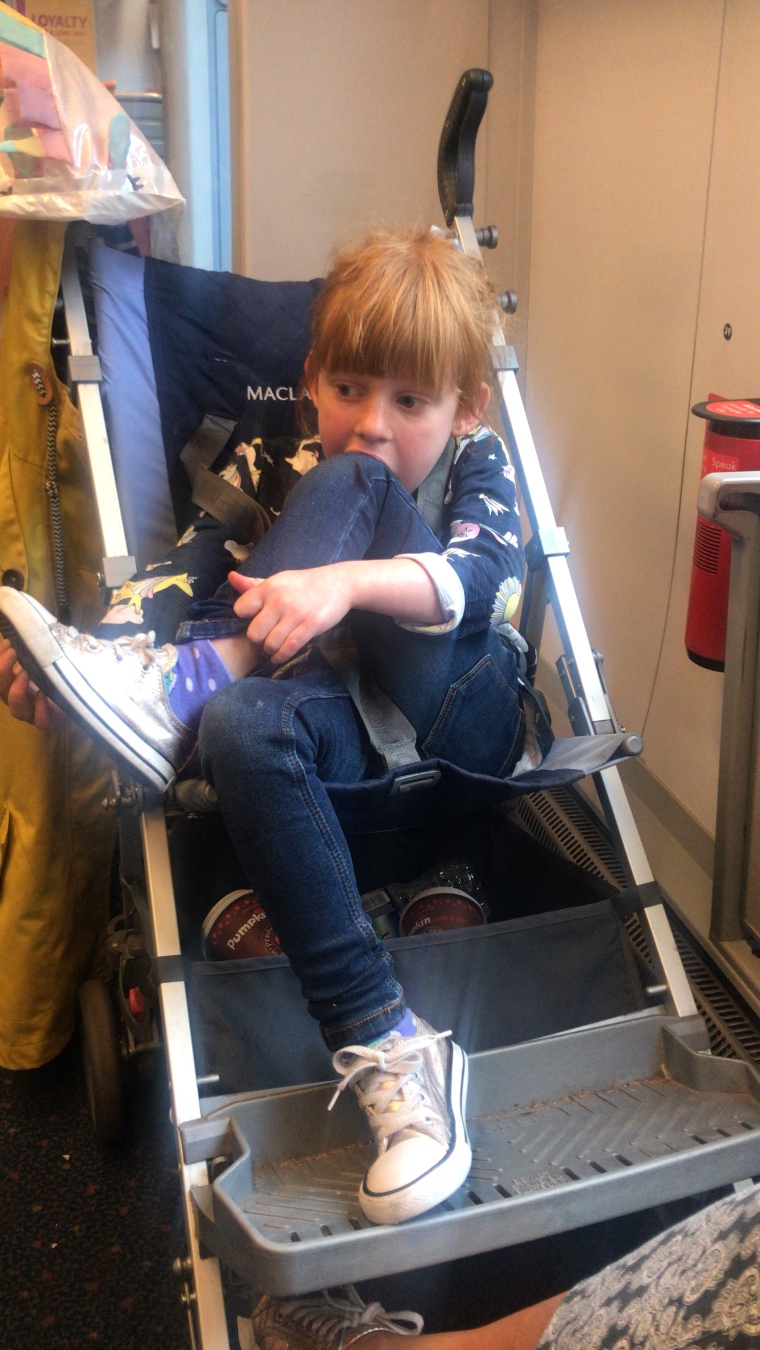